A stray cat outside a local restaurant in Blair inspired that community’s Trap-Neuter-Return program, one that has been recognized across the nation as a model of how such programs should work. Since the  program started in 2012, over two thousand community cats have been altered. Each year, the numbers of cats needing to be altered continue to decline, with the latest being just over three hundred. The end goal is a stable population, with no more kittens being born, and over all improved lives for the remaining community cats. Recently, I interviewed Taryn about the Blair Community Cats program, which is supported by the Jeanette Hunt Blair Animal Shelter.

ALLISON: Why did you involved with TNR?

TARYN: A friend of mine saw a stray cat outside on of our local eateries and it snowballed from there. She reached out to a TNR group in Kansas and they proved to be most helpful! She asked if I knew an organization who may help fund and support further TNR efforts and, as fate would have it, I was already a member of the Friends of the Jeanette Hunt Animal Shelter. This group was most interested in getting a program going and we were off and trying to run. We borrowed traps initially, but purchased our own as soon as we were able and felt that this effort was going to be on-going. I was agreeable to co-chairing but, as my friend’s life took a new turn, I became the chair in a very short time.

ALLISON: How did you get TNR put in place?

TARYN: We began TNR on our own, but found that our city council was unsure and, at that point just unaware of the benefits of TNR. We have received permission to continue our efforts as long as we do not require city funding. We appreciate that the city council has allowed us to continue to work through the many challenges of TNR. We have presented updates a couple of times to the council, trying to keep communication moving in a positive direction.

ALLISON: Did you face any opposition?

TARYN: The education component of the TNR process has been a most important facet for us. This idea was new to our community. Many in the farming communities in our county grew up without realizing or supporting spaying and neutering. Most of those people are now staunch supporters and help us spread the word about TNR and it’s benefits.

ALLISON: Who most supported you? 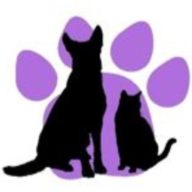 TARYN: The Friends organization as a whole provide the most support, monetary, and emotional. We were blessed to receive a start-up grant from a local group that allowed us to purchase our first equipment. We have since been able to secure a couple more grants that have helped tremendously! Pet Smart Charities and Alley Cat Allies are both wonderful organizations who provide support. We were also fortunate enough to have a Omaha group, Feline Friendz who allowed us to pair with them until we were able to establish our own relationship with the Nebraska Humane Society Spay/Neuter Center. Our local vets have been wonderful as well. It has been a group effort!

ALLISON: To what do you attribute the decrease in community cat populations?

TARYN: Our overall decrease in numbers can be contributed directly to our consistent TNR efforts. A most important aspect of our efforts has been education, teaching people about the benefits of TNR for themselves and the felines.

ALLISON: What are some memorable moments?

TARYN: One of the most enlightening aspects to the TNR process for me was just how smart cats are! We have had to park our van two blocks from our intended trap site, because the cats began to recognize our vehicles.

The saddest moments are when a cat needs to be euthanized because of the severity of the injuries they have sustained from fighting, being hit by a car or other traumatic event.

Personally, I am thrilled when we are able to get young kittens altered, as we know they have been saved from a life of constant battling and breeding.

ALLISON: What would you most like people to know about community cats?

TARYN: People tend to project their idea of what a “home” for a cat should be like, but the community cats do not feel the need for an inside home. They are not sad because they are outside, although I know they appreciate the food and water that caregivers provide. These cats are happy in their environment and should not be forced to become inside pets.

There can be the misconception that outside, free-roaming cats are unhealthy and carry disease. While they like any cat contract a disease on occasion, these cats are generally healthy due to their populations being managed by caretakers. 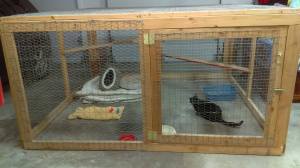 Sometimes we are contacted by well-meaning folks that wish to have all the cats removed from a certain area. We then TNR those cats, while also teaching people then about the “vacuum effect”. This effect is that if all the cats are removed from an area where there is a constant food source, more cats will move in. The best course of action is to TNR all the cats in an area are returned so that they can “hold” their territory. This prevent unaltered felines from entering this territory.

How to rehome properly is a large concern as people fail to realize that cats are territorial and do not automatically know that the new location is now home.  This is one reason we take time and money to provide re-homing enclosures when needed.

ALLISON: How can the public help community cats?

TARYN: Each community may have their own laws governing if or how this may be done, so be sure to check this out before starting to feed or care for the cats. Feeding the cats at the same location at the same time of day is key in enhancing the odds of a community cat being successfully trapped.

People also just need to accept the fact that community cats are a part of every community.  We just need to let them be cats (which includes rodent control), provide food and water for them, and let them live out their natural lives.  Spaying and neutering is a kindness that helps them live in harmony and to control their numbers! Hopefully, a more sympathetic approach to the community cats and the care that helps their survival will continue to move across this country as education continues.